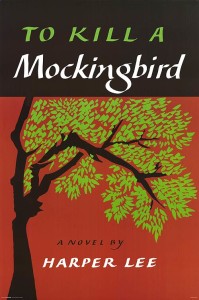 Allison Miller has posted an insightful essay over at the American Historical Association’s blog. The brouhaha over the release of Go Set a Watchman is a product of a pretty fundamental misreading of the underlying themes of To Kill a Mockingbird. Here’s an excerpt:

As beloved as it may be, To Kill a Mockingbird itself has never been free of controversy. There is no doubt a kind of mystique emanating from its evergreen status as a book that some local school boards seek to ban. According to the American Library Association, this has often been due to the book’s frank presentation of rape and incest, as well as its use of profanity. But the forces behind censorship haven’t always been conservative; some teachers and parents have objected to the book’s portrayal of the South’s black citizens as kind-hearted, simple, and passive, not to mention Lee’s historically accurate but seemingly casual use of derogatory language. Literary critics have said as much, too. To Kill a Mockingbird is about white people, it uplifts white people, it makes middle-class white people feel better about racism by projecting it onto “common” white southerners.

But these arguments suggest a superior way of analyzing To Kill a Mockingbird—as a primary source, not a “timeless” depiction of the South, coming of age, or the virtues of tolerance. As much as it is an allegory of the Civil Rights Movement of the 1950s, it is also “about” the Cold War.

I love the new book title, Go Set a Watchman. It’s an allusion (and a pretty obscure one at that) to the Biblical book of Isaiah chapter 21. The prophet Isaiah is predicting the coming desolation of Babylon, the capitol of the Neo-Assyrian Empire. The Northern Kingdom of Israel based at Samaria had already fallen to the Assyrians and the Southern Kingdom at Jerusalem seemed sure to follow. Israel trembled at the seemingly unassailable power of Assyria. Isaiah says that God told him to “Go, set a watchman,” referencing Isaiah’s own prophetic understanding of coming events. And “the watchman” reports that he has seen messengers riding from a ruined Babylon saying, “Fallen, fallen is Babylon; and all the carved images of her gods he has shattered to the ground.” Babylon’s destruction was Israel’s salvation.

The first layer of significance for the title is a comment on the modern day equivalent of mighty Babylon, the Pax Americana. Who in the mid-twentieth century doubted that American power was nearly unassailable? And yet at America’s Babylonish core was a corruption, a system of racial inequality that threatened to undermine American might. America’s gods of consensus liberalism would be shattered to the ground. Of course, in that destruction is the seed of America’s salvation.

That’s a pretty hefty allusion, but I wonder if Harper Lee is also having a bit of a laugh with the title. Lee must’ve known that people would react viscerally to her pegging Atticus Finch as a racist. And yet isn’t she just tearing down an idol? She smoothed over Atticus’s racism in To Kill a Mockingbird, something which likely aided the success of the book because it allowed readers to tacitly deny the pervasiveness of southern racism. But now the seemingly unimpeachable character of Atticus Finch has been shown to be corrupt at its core. Yet this nuanced, morally ambiguous version of Atticus Finch is truer than the avatar of justice we erected.

If I’m reading that right, what an epic act of literary trolling! Props to Miss Lee!