Today we take for granted that presidential hopefuls will make a pilgrimage to Iowa. They put on dad jeans, roll up pristine shirtsleeves, and pretend to be interested in farming. Iowa’s tradition as the first state caucus on the presidential circuit only began in 1972, but playing the regular Joe in Iowa began much earlier.

In October 1964 Lyndon Baines Johnson’s internal polls showed him cruising towards a victory over surprise Republican candidate Barry Goldwater. Still politicians are an insecure breed and LBJ’s aides encouraged him to do some last minute campaigning in Iowa.

Now, LBJ has a better claim to authentic everyman status than his modern-day, wannabe successors. He was raised on a hardscrabble farm in the Texas Hill Country. Still, he’d left that lifestyle behind forty years before, which made his aide’s advice for his Iowa trip as condescending as it is amusing.

The Iowans have one request to make of you for your visit next week, and I think it is politically sound, even if it sounds earthy. They want you to get some manure on your shoes. In other words, they want you to take about 30 minutes to visit a farm, have some pictures taken, look at some pigs and livestock.

So far so good, lame pun included. Nothing that a politician worth his salt (or even a North Korean dictator) isn’t already used to. Then the kicker.

Four years ago you apparently purchased a pig at an Iowa farm during the campaign. They still talk about it and this time they would like you to buy another pig, say you did so because the pig you bought four years ago was so good. This is pure corn — it’s also Iowa. 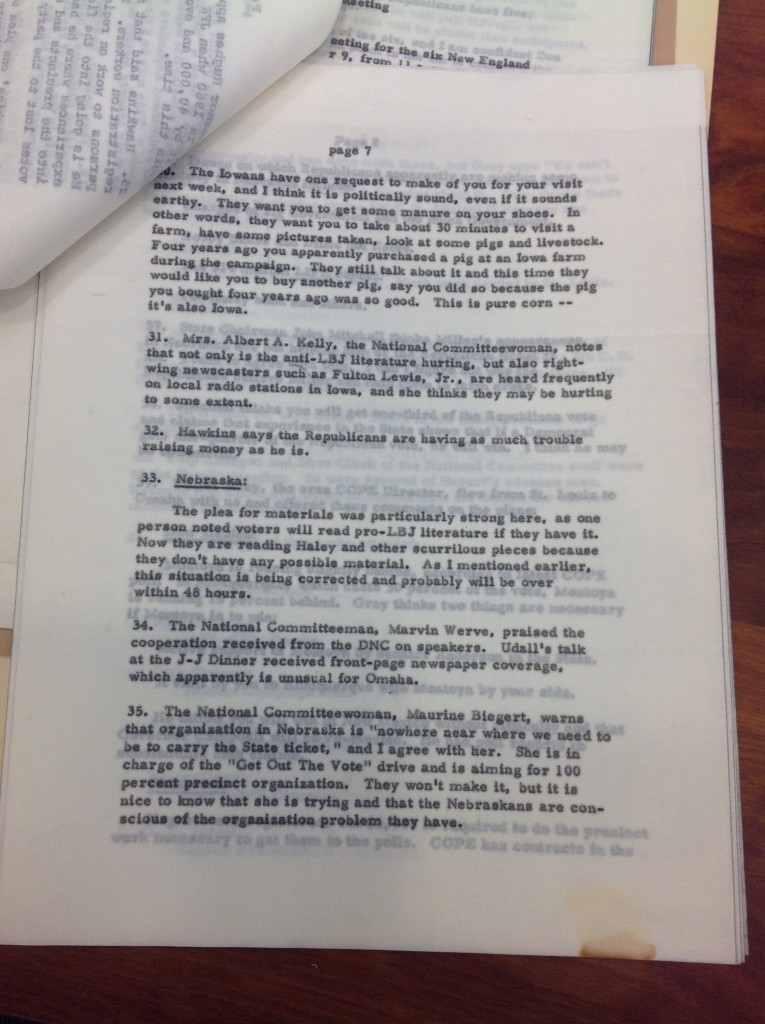